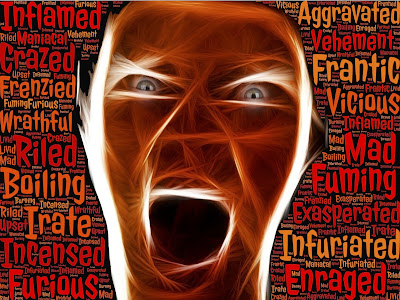 According to the NHS website, 'Anger is a normal, healthy emotion'. It's normal to get angry if someone treats you or someone that you love badly. Problems arise when we don't have the ability to control our anger and when we get angry over trivial things. People have anger issues for a variety of reasons. A lot of times it stems from things that happened in their childhood such as physical abuse, emotional abuse, abandonment and neglect. Many parents beat their children as a form of discipline not realising that the beatings may cause long term emotional issues for their child. Pit bull terrier dogs have been banned in the United Kingdom under the Dangerous Dogs Act after a number of violent incidents involving these dogs. Pit bulls are not inherently violent, most of the dogs involved in violent incidents were trained to be aggressive through beatings and abuse. Likewise, if a child is constantly beaten, there is a strong chance that the child will resort to violence when he or she is older.

People who experience abuse as children won't all necessarily grow up to be violent adults, but there is a good possibility that they will have emotional issues if they do not deal with the trauma that they experienced as children. If a person is struggling with any anger issues they can refer themselves to a therapist through the NHS website. Alternatively, they can speak to their GP who can make the referral on their behalf. It's important for them to get help because if their condition goes untreated they may find themselves doing something that they later regret.
at August 27, 2018 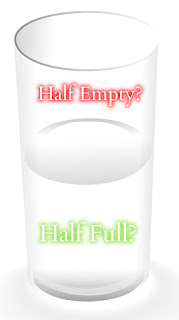 We need to control our thoughts because negative thoughts have the power to make us feel depressed and miserable. Once we realise that there isn't anything that we can do to change a situation we should actively try to stop thinking about the issue by filling our minds with thoughts of other things. In an interview that he did whilst in prison Tupac said that he listened to different types of music to calm his soul and that music helped him to get through his time in prison. I agree that music is a great way to clear the mind of negative thoughts because when we recite the words to an uplifting song we are pushing negative words out of ours minds and replacing them with positive words. Any time the negative thoughts try to creep back in we need to push them out by saying something positive.

Our thoughts control our emotions so in order to keep our emotions in check we need to think about positive things. If you are feeling negative I encourage you to think about the great plans that you have for their life and how you are going to implement them. Think about your talents and abilities and how they can use them to help other people. If possible, I suggest that you surround yourself with positive people who encourage and motivate you. I recommend that you spend time reading and learning new things. All of these things help you to feel more optimistic and instead of looking at the glass as half empty you will see it as half full.
at August 26, 2018 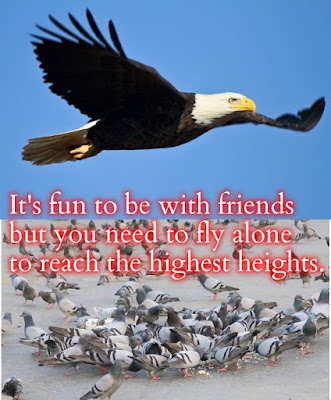 Sometimes when you separate yourself from your friends to do your own thing you might receive a negative reaction. This is normally because they miss your presence. Don't take it too personally, they'll get over it. If they are true friends they will want to see you succeed in life. If they don't want to see you be great you don't need them in your life because they are only going to hold you back from reaching your potential.
at August 26, 2018 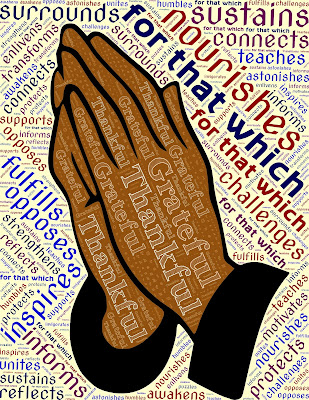 In the previous post I mentioned that I spoke with some teenage boys who had a twisted Robin Hood mentality. As they were poor they believed that it was fair for them to rob from people who were richer than them. They felt that the people they were mugging had an abundance of money and wouldn't miss the money they were robbing. They were ignoring the emotional trauma that they were putting their victims through and were blind to the fact that what they were doing was wrong. People growing up in impoverished communities are often surrounded by influential individuals who convince them that criminal behaviour is acceptable. Take Nazi Germany for example, people were brainwashed into thinking that what Hitler was doing was right. In the same way, there are mini Hitlers in impoverished communities around the world who indoctrinate their followers into a life of crime.

The people who say that they don't need God to be good normally do not come from poverty stricken environments. It's easy to say that you wouldn't steal if you've always had food to eat. People who follow the teachings of Karl Marx are often critical of religion because they believe that capitalist societies use religion to keep poor people in a state of poverty. They argue that religion is like a drug that makes poor people happy with their condition preventing them from doing anything to change their situation. Although I can see their points, I respectfully disagree. Most religions do not make people ignore their poverty, instead they help people to find joy in things other than material possessions.

People growing up in impoverished communities are less likely to be caught up by the negative aspects of their environment if they have something else to live for. Believing that they were created for a purpose provides them with a sense of direction.

The Love of Money 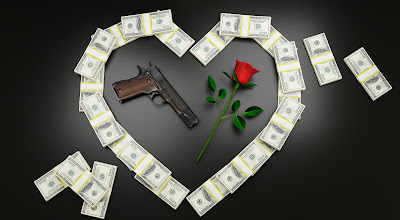 When I was around 14 years old, my younger sister and I were heading with my friend and her father to her high-rise flat in Kilburn. When we got to the main entrance we saw a pool of blood on the floor. "I wonder what happened there?" Her father said in his strong Scottish accent. We started to get more concerned after seeing more blood in the lift. My heart was pounding as we got out of the lift and saw the trail of blood leading right to the door of my friend's apartment. As I had my younger sister with me, my friend and her father asked us to wait outside their door while they went inside to see what had happened. My friend came out a few minutes later, white as a ghost and told us that her mum had been attacked. Apparently some boys had mugged her mother brutally injuring her in the process. There was only a small amount of money in her bag and she hadn't resisted so nobody could understand why they had harmed her.

Prior to that incident I had met boys in the area who had been arrested for mugging ladies. Concerned that they might do something like that again I tried to dissuade them from that kind of activity. "How would you feel if someone did something like that to your mother?" I had asked. They went on to tell me people who rob ladies normally target rich people so it's unlikely that anything like that would happen to their mothers. My friend's mother is from Columbia and is of mixed heritage so I suspect her attackers assumed that she had a lot of money because of her appearance. She is a sweet, harmless lady who is less than 5 feet tall so I am baffled as to why they injured her so badly.


Money in itself isn't evil but the love of money definitely is. The barbaric way in which my friend's mother was attacked makes me believe that her attackers were driven by an evil desire for wealth. Their lust for money hardened their hearts making them cold-blooded and merciless. When mentoring people from impoverished backgrounds we need to stop them from idolizing money by helping them to focus on spiritual values instead. We need to help them to understand that who they are inside is more important than what they possess.  There are numerous wealthy individuals who have committed suicide making it clear that money doesn't guarantee happiness. 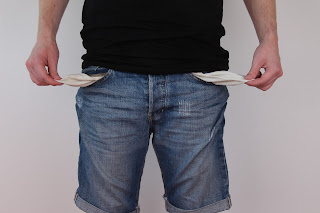 Society does a great job of making people feel inadequate if they don't have money. Some people are immune to this snobbery while others are more impacted. In the song December 4th, Jay-Z raps about feeling ''worthless" when he was young because his clothes weren't matching. He explains that after he started selling cocaine his "self-esteem went through the roof" because he had the latest clothes, he was popular and "light-skinned girls" with "wavy" hair started to love him. I respect Jay-Z's honesty because these are the the same issue affecting black boys from impoverished communities in the UK. In addition to dealing with issues of poverty, black boys from poor areas contend with issues of self-hate as well. Self-hatred is caused by indirect racism and crime is one of it's effects. In order to stop these boys from committing crimes we need to first deal with the roots by teaching them to love themselves.


Tupac Shakur was so much more than a rapper, he was an actor, a businessman, an activist and more. He was far from perfect but he had a good heart. Songs like, Brenda's Got a Baby, Keep Ya Head Up and Dear Mama highlight Tupac's caring and compassionate nature. His mother, Afeni Shakur was a member of the Black Panther party, an organisation dedicated to uplifting black people. She instilled a deep sense of pride into Tupac which gave him the confidence to go out into the world and blossom into a star. Tupac had a strong desire to help people but he became side-tracked from his original purpose. Nonetheless, he left a large body of work for us to learn from. Tupac's mistakes are a lesson of what not to do but we shouldn't discount all the positives because of the negatives. The fact is, young black boys from the inner city areas are more likely to be inspired by Tupac than Martin Luther King. Tupac was from the streets and his lyrics often speak to people who growing up in similar environments to the one that he came from. His song White Man'z World reprimand black people for killing each other while encouraging them to love themselves.